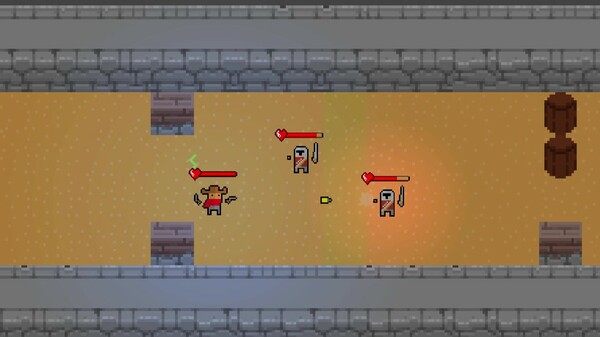 In stock
Developer: Lvl26Devs
Jan 8, 2023
Categories: Action, Indie, Strategy
Special offer:
FREE
500
You must be logged in to get this game for free.
Log In or Register
1 / 6 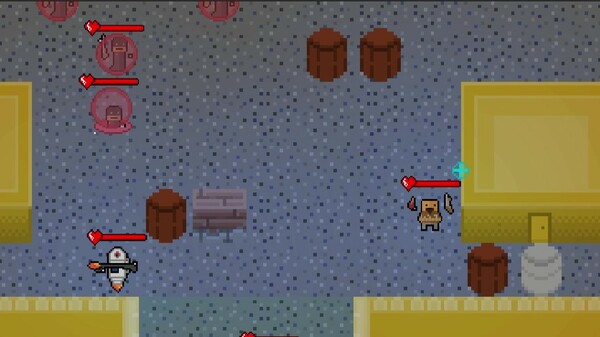 Register, earn coins and get EXITOR free steam key. After you get enough coins, you can redeem them for an activation code and download EXITOR on Steam.

In Exitor, you follow Quinn and his gang of outlaws after a heist goes horribly wrong, and they are stranded on the desert planet of Corvus II, attempting to stay hidden from the cruel Royalist authorities on the planet, while trying to rescue their friend.

In Exitor you control a few heroes each level as you lead them through firefights with enemies and must use strategy and multitasking to micro-manage your team in real time. The game is fundamentally an RTS but combines many aspects with turn-based strategy games, making a chaotic action packed game that requires both strategy and quick reflexes.

Speaking of a skill tree...

After a character kills an enemy, that characte gains XP. If a certain character gains enough XP, the XP will be converted into a skill point, which can be spent in the skill tree. The skill tree unlocks 2 different passives for each character as well us upgrades for every aspect of the character, including health upgrades, damage upgrades, ability upgrades and energy upgrades.

Different Worlds
In Exitor, there are currently 2 different worlds you can explore. Each world comes with their own enemies, unique environments and a cool boss battle at the end of each world.