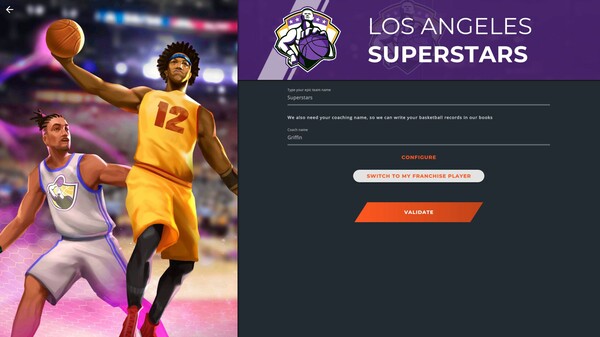 In stock
Developer: Studio Zero Inc.
Jan 6, 2023
Categories: Simulation, Sports, Strategy
Special offer:
FREE
400
You must be logged in to get this game for free.
Log In or Register
1 / 9 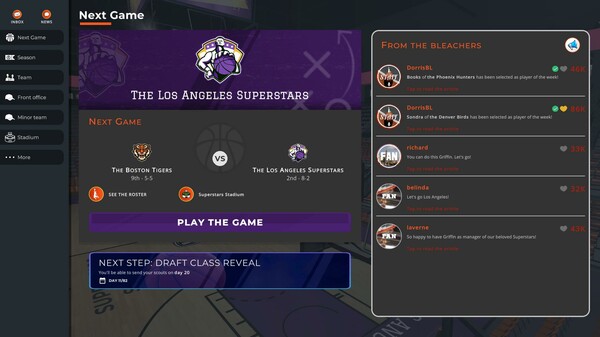 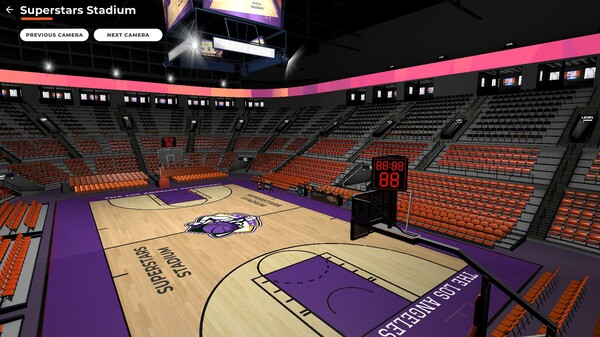 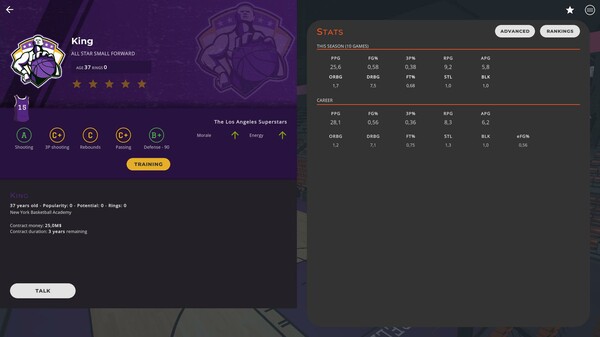 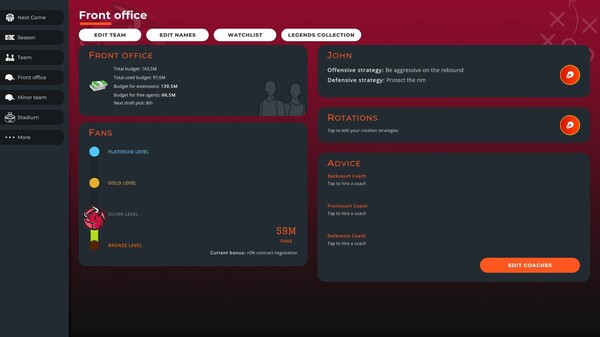 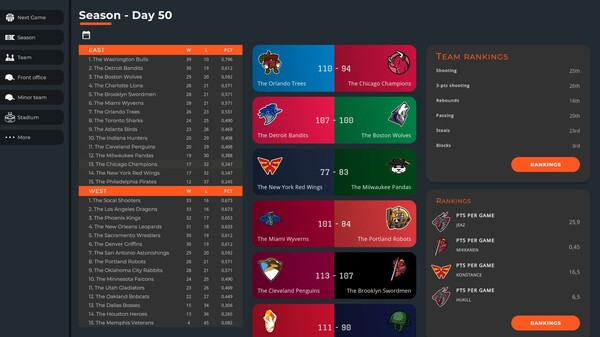 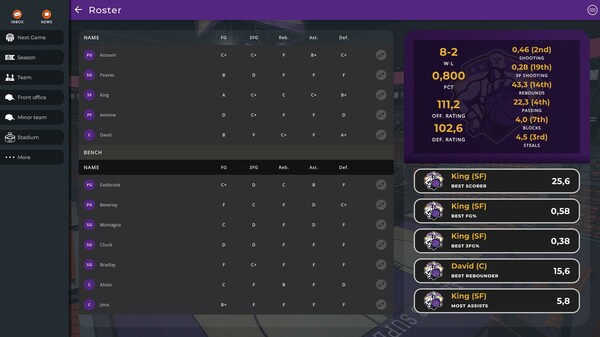 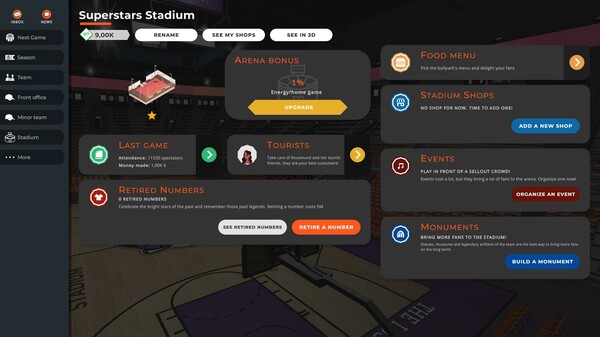 Astonishing Basketball is the basketball manager game of your dreams. Become the coach of your own team and lead your players to the ultimate reward: the Basketball Cup!

???? Main Features
★In-depth basketball manager game with a lot of cool stats. Youre the coach!
★Many game modes, so you can play just as you want!
★Player story mode with "The Prodigy", from star of the campus to Hall of Famer
★Manage your basketball arena, scouts and staff
★Narrative gameplay with a deep lore
★Community-created rosters and draft classes


Astonishing Basketball Manager is not your usual basketball game. Its not only about stats and ratings. Its not just drafting prospects, trading players, exploring strategies and signing stars, or building a dynasty. In this game, youre writing your own basketball gm and coach life story with one goal in mind: win the Cup.
A living world
ABK features a deeply simulated world. Fans are posting about your team. Players send you messages about their contract. Or you might have to decide whats for dinner. Not even mentioning the scary coach Regina Dargor!
Youre the basketball manager!
Step into the game, call for a timeout, and replace your tired veterans with some young talented players to dunk on the other team, or ask them to defend the paint more tightly! Adapt your strategy and coaching systems to feed your shooting guard more or prevent the other center from rebounding too much. All your choices have consequences.

Build a Dynasty
The training system makes it even more important to scout college basketball players from a multitude of universities, and draft future stars to create the ultimate team! Dont forget to build your arena and add shops to attract more fans to the game..
Become a social medias star
Follow the scoreboard, the rankings, and the reactions from the fans, reporters and players. Or write on social medias using the teams account!

Train your players, from drafted rookies to all-stars, its your job as basketball manager and coach to find the rookies who have the potential to become legendary basketball stars and build a dynasty with the best strategy.